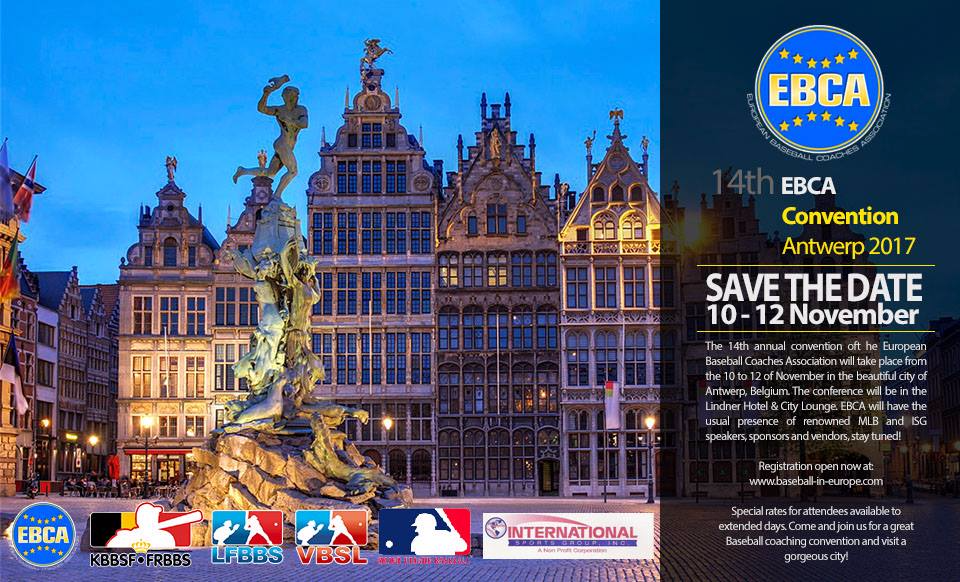 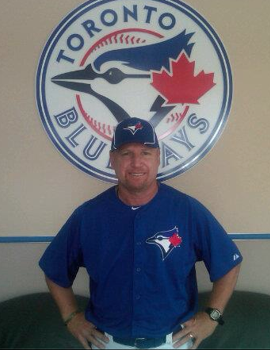 Steven Springer is an American former professional baseball player who appeared in Major League Baseball as a third baseman and pinch hitter for eight games over two seasons for the Cleveland Indians (1990) and New York Mets (1992).

After retiring from the field, Springer became a player agent. Since 2008, he has been a professional scout for the Toronto Blue Jays. He also is a "performance coach" throughout the Toronto minor league system, working with batters on their mental approach to hitting. 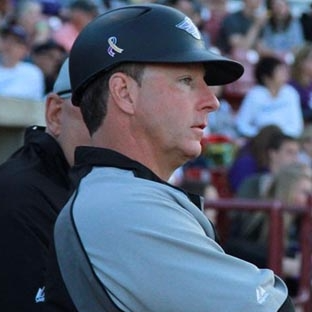 John Vodenlich enters his 12th season at the helm of the UW-Whitewater baseball program. He has taken the Warhawks to heights unreached prior to his arrival on campus. While the Whitewater program has had longstanding success, Vodenlich has set a new standard, turning the Warhawks into a NCAA Division III college baseball power.
During Vodenlich’s 11 seasons as head coach, the Warhawks have won eight WIAC championships, qualified for the NCAA Championships 10 times and appeared in the NCAA Division III College World Series five times, including winning the 2014 and 2005 NCAA Division III National Championships. Vodenlich earned his 400th career victory during the team's 2014 World Series appearance. The Warhawks knocked off SUNY Cortland (N.Y.) 9-6 to make Vodenlich the second coach in program history to reach the milestone.
Vodenlich has been on the coaching staff for all 11 of Whitewater’s winningest seasons, with nine of the 11 coming during his time as head coach. During the 2000’s, Whitewater had the 11th most victories in NCAA Division III. Off the field, Vodenlich has been honored as the WIAC Coach of the Year six times, was named the NCAA Division III National Coach of the Year by the American Baseball Coaches Association in 2005 and 2014, and was honored as the NCAA Regional Coach of the Year in 2004, 2005, 2008, 2011 and 2014.
In 2007, Vodenlich was inducted into the UW-Whitewater Athletic Hall of Fame and was awarded with the WBCA College Coach of the Year in 2004, 2008 and 2011. He was tabbed the WBCA’s Man of the Year in 2005.Players coming to play under Vodenlich can expect to grow thanks to his determined player development exertions. Twelve student-athletes have developed into All-Americans during Vodenlich’s tenure.Since joining the Whitewater program as a player in 1989 and the coaching staff in 1994, 27 former Warhawks have signed professional contracts, the first being former Major League closer Bob Wickman, who Vodenlich caught at Whitewater.
In addition to his great impact on the game in the United States, Vodenlich also is an internationally known clinician, conducting coaching clinics in Germany, England, Austria, Slovenia, Croatia and Hungary.

Before joining the coaching ranks, Vodenlich was one of the best players to ever take the field for Whitewater. Playing from 1989-1992, Vodenlich finished with a .397 career batting average, good for third all-time in school history. His .456 average in 1991 is the second best single season average in program history.Vodenlich was an ABCA All-American in 1991 and 1992, the first two-time All-American at Whitewater.Following his collegiate career, Vodenlich went on to play professionally in Europe, winning the Slovenian National Championship in 1994.Vodenlich joined Jim Miller’s coaching staff as an assistant coach in 1994 and stayed on the staff until 1998, when he was named the head coach at Edgewood College.Prior to Vodenlich’s tenure at Edgewood, the Eagles had an all-time record of 33-133 and never had seen a winning season.Vodenlich needed just two seasons to change that, setting a school record for wins in his first season, but then shattering it the following season, giving Edgewood its first winning campaign in program history.Following the 1999 season, Vodenlich returned to Whitewater and rejoined Miller’s staff as an assistant coach.With Miller’s retirement coming following the 2003 season, Whitewater didn’t have to look far to find its seventh head coach in school history.It’s a hire the school certainly hasn’t regretted.Naming Vodenlich head coach for the 2004 season immediately paid off for the university as the Warhawks set a new school record for wins and made just their second trip to the NCAA Division III College World Series.Under Vodenlich’s guidance in 2005, Whitewater set a new school record for wins with 45, fewest losses with 7 and made another trip to Appleton for the College World Series. This time around the Warhawks weren’t denied and won their first National Championship.Whitewater returned to the College World Series in 2008 and again in 2011. The Warhawks returned to Appleton in 2014, winning the program's second-ever NCAA Division III championship to complete the institution's "trifecta" of national titles during the 2013-14 academic year. UW-Whitewater's football, men's basketball and baseball teams all won national championships to become the first school at any level of the NCAA to win those three titles in the same year.With a bachelor's in marketing and public relations from UW-Whitewater in 1992, Vodenlich earned his master's in business administration from the university in 1994. 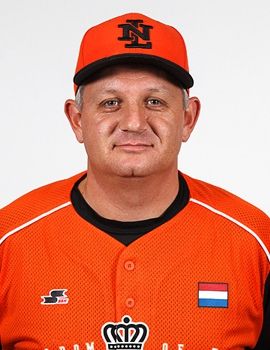 Manager Team Kingdom of the Netherlands

Steve Janssen was a catcher in the Belgian leagues, beginning his career in 1987 at age 15. He played on 7 national champions in Belgium before retiring in 1997. He then coached in Belgium for two years. From 2000-2002, he coached the DOOR Tridents in Eerste Klasse. He then was pitching coach for DOOR Neptunus through 2005, helping the team win a Holland Series each year he held that job. He was also a pitching coach for the Dutch national team at times from 2002-2005.

In 2006, he was a coach with Neptunus. He was technical director of the Belgian Baseball Federation in 2007. For 2008, he was hired as head coach of Sparta/Feyenoord and led them to a 21-21 record.
In 2009, DOOR Neptunus then brought him back, this time as their head coach and Steve didn’t disappoint, helping the Rotterdam powerhouse to land its first title since 2005, a record tying 12th national crown in the team history.

He joined the Dutch national team again as a pitching coach in 2010. The next year Team Kingdom became World Champions, beating Cuba in the finals. He got inducted into the Belgian Hall of Fame in 2012. In 2013 he worked with Bert Blyleven, securing the 3rd place at the World Baseball Classic.
Later in 2013 Steve Janssen became manager of the Dutch National Team. With this current position, he won several European titles and tournaments. In 2015 he had the honour to be manager of the European All-Star team in Japan.

In his 30+ years of coaching, Janssen has been a speaker for several coach clinics throughout Europe. He was Coach of the Year twice, and is excited to speak at his (almost) ‘home town’ Antwerp this year. 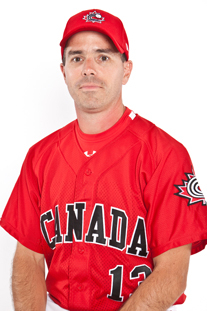 André Lachance has been working for Baseball Canada since 2001. He is managing baseball operations and is also the head coach of the Women Baseball National Team.
Coaches training and Long Term Athlete Development are also par of his responsibilities.
On top of his Baseball Canada duties, André is a teacher at the University of Ottawa.
Andre has been a board member of the Candian Coaches Association an organization for which he led several Canadian Sports for Life conventions, looking into competitions structures. He took part in the implementation of the Long Term Athlete Development, the redesigning of competitions structures and other similar projects.
He sets himself apart from the crowd with his ability to perceive with a different eye various aspects of sport with a non-traditional approach 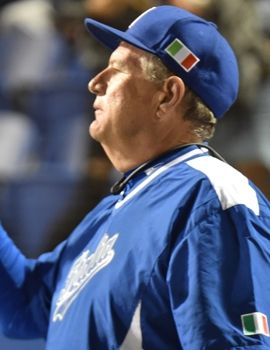 Bill is the coach in residence at the MLB/FIBS Baseball Academy in Tirrenia or close to a decade.

Originally from Miami, he started his coaching career as a pitching coach at the esteemed Christopher Colombus HS.

He played professionnally in the Italian Baseball League for 4 years.

Pitching coach of the Italian National Team since 2007, he took part to the 2009 and 2013 World Baseball Classics.

He has worked as an international scout for the Chicago Cubs for almost 10 years.
Bill Holmberg has helped many Italian players to reach their potential and sign professional contracts, including Marten Gasperini, the highest siging bonus in thever given to a European player. 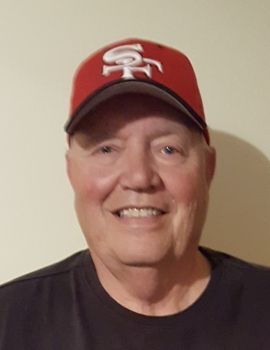 In July 2017 Tom O’Connell of the International Sports Group (ISG) was honered for his contributions to the development of German Baseball with the DBV Needle of Honor. 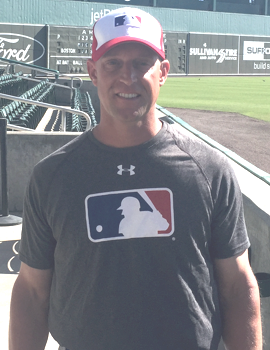 On a national under-18 level and on the national adult top league level Martin Brunner has been an assistant coach, hitting coach, pitching coach and manager, winning 25 national titles from 1997 till 2016 with those teams.
I have been part of the 2009 Baseball World Cup and the World Baseball Classic Qualifier 2012 both hosted at our site at Regensburg, Germany.

Martin is currently working fo MLB as the coordinator for development in Europe. 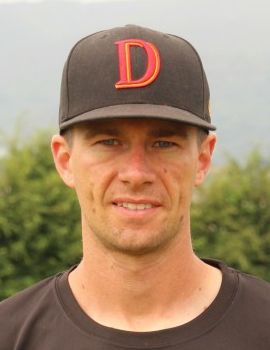 The EBCA is delighted to present Stefan Müller in their line of speakers for the 2017 edition of the EBCA Coaching Conference. It will be the first time that Stefan will be speaking at our convention.

Coach Stefan has been around German baseball for most of his life. While still playing baseball in top division clubs such as Fürth Pirates and Haar Disciples, Stefan started coaching youth teams at the age of 19 already. Through different roles as assistant coach as well as strength and condition coach for various German Bundesliga teams and regional and national select teams, coach Stefan work his way to the top of the Regensburg Academy, unquestionably one of the most successful baseball talent development programs in Europe. Coach Stefan started at the Regensburg Academy as assistant coach and S&C coach back in 2011 and took over as the director and head coach of the academy in 2017, a role - by the way - that was previously filled by one of our other speakers, Martin Brunner. During the past 7 years, coach Stefan was an integral part of a development program that has help more than a dozen players to sign professional contracts with MLB clubs and US colleges. 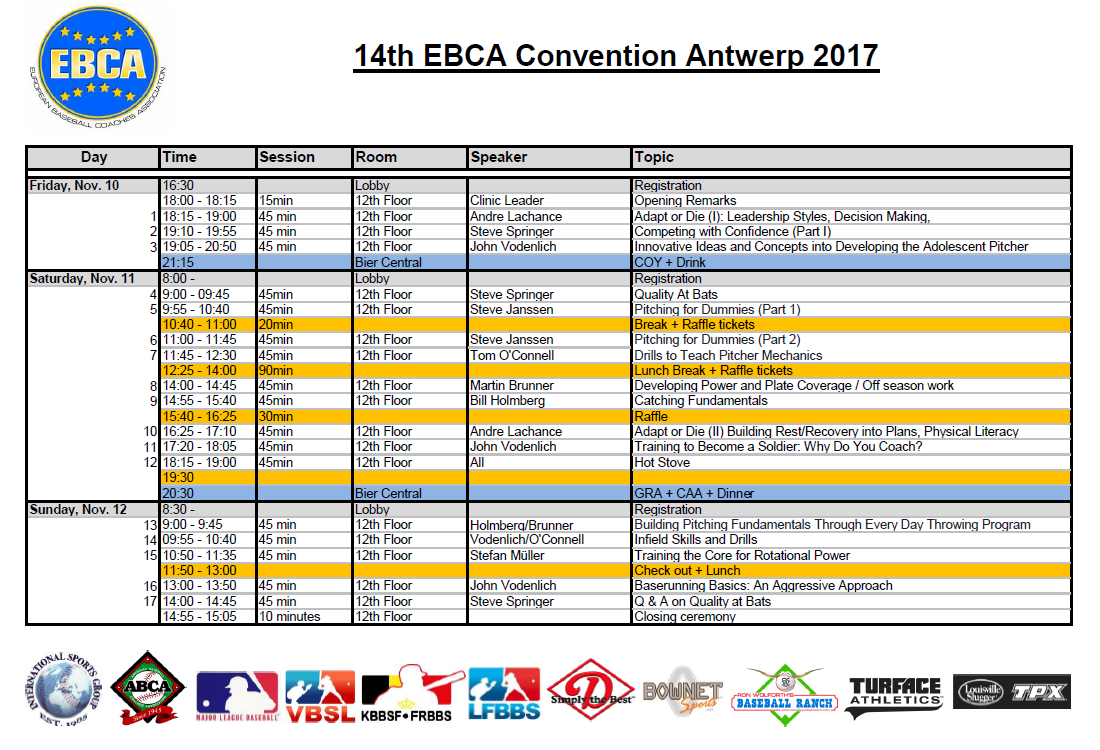 Videos of the 2017 EBCA Convention presentations